An oak table L 135cm W 74cm. It is really sturdy with some faint paint marks. 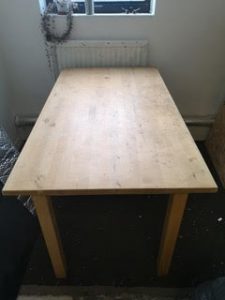 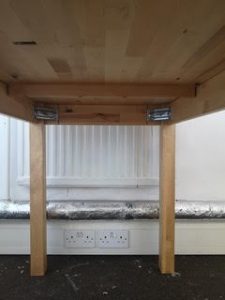 A Master massage bed, it doesn’t have any of the headrests, but it’s in great condition. 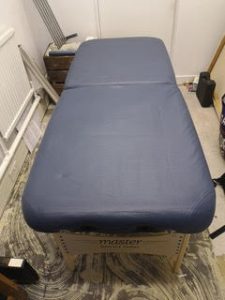 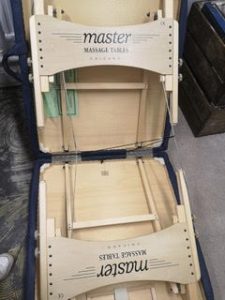 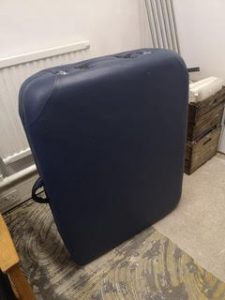 We are looking for artists to participate in our next online pop-up exhibition which will include sculptures, ceramics and glass work.

The exhibition will run from the 25th of September – 9th of October and be online only.

If you are interested, please get in touch with Carly and she will give you more information on how to submit work.

Free to a good home.

For more information or to collect, contact Louise: louise_smurthwaite@hotmail.co.uk 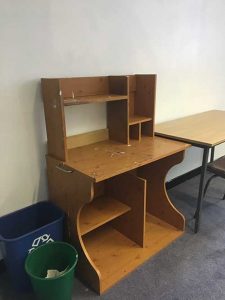 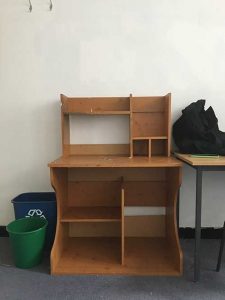 Free IKEA bookshelf that maybe needs a few nails in the back to secure it at the base but otherwise fine. Stood solid for years. Collection Wednesdays to Saturday’s. 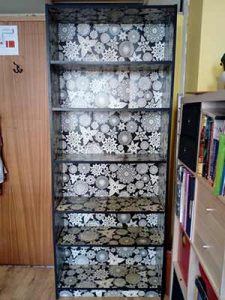 After a couple of successful pop-up exhibitions, with artists selling some pieces we have decided to create a calendar of future pop-ups until the end of the year! So get a pen and paper and note these dates in the diary!

These dates may be subject to change but so far they are the following:

These will be running alongside separate exhibitions by individuals and collectives.

Free small sofa on level 5 but must be able to assist in moving. 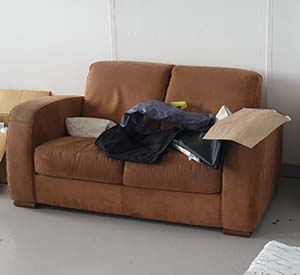 5th December – drop off works to the gallery

6th – setup (Marcin will curate and hang all the artworks)

8th – all works need to be collected

Each artist will have to prepare their own labels with name, title, medium and price. Each artist can bring 2-3 pieces, however Marcin can’t guarantee that all of them will be showcased (depending on how much space will be available). The exhibition is a good opportunity for artists to promote their art so I would encourage everyone to have business cards next to their works with contact details. In case of any purchase artists will have to deal directly with the customer.  It’s a good opportunity to talk to potential clients. We don’t take any percentage from sales and there’s no fees for participation. The exhibition is for the tenants only. For any questions artists should contact Marcin via email or pop in to the office.

We require volunteers to help with the invigilation of both galleries, please get in touch if this is something you would be interested in.

Edinburgh Crisis Centre is based in Leith.  We are a mental health charity supporting Edinburgh residents aged 16 years and over who are in mental health distress. We are the only crisis centre in Scotland that provides 24hr support via phone, email and text as well as offering face to face support.  Additionally, we have accommodation for people at risk of suicide where they can stay for up to a week in a safe environment and receive support from safe 24hrs a day.

Being a charity we rely on fundraising events in order to keep improving the environment of the centre and to make it as safe and relaxed as possible for people visiting the centre. With previous fundraising events we have been able to install a new kitchen and start an art group and writing group which we have recently won an ‘Inspiring Edinburgh’ award for our willing and able volunteers.

We are looking for donations of artwork.  We are looking to hold a charity auction at the end of the year and an item such as this would be gratefully received.

Projekt 42’s FREE Youth Fitness Club is back on at our new facility. Our new address is 117 Leith Walk-between Dominos Pizza and Lovella. 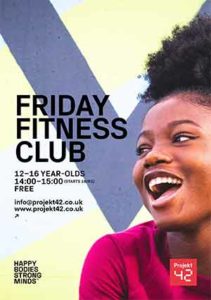 The Club runs every Friday afternoon 2pm-3pm, we offer a range of different activities including boxing, circuit training, dance and yoga to kids aged 12-16. Attendees to the club also get a free pass to access our full timetable.

Born in Northern Ireland in the 70’s, Joanne quickly developed her knack for making a creative mess. It was a toss up between music and art at school. Art won and she went on to to study at the Belfast Institute for 3 years before completing her degree in 1997 at the University of Ulster.

Travel took her to the Canary Islands in 1998, returning to Belfast in 2000 where she had her debut solo show in the Waterfront Hall. She continued to work as a community artist and exhibit her paintings until moving to London in 2005. Joanne joined Creekside Artists, working alongside artists such as Charming Baker and creating work for Foy Vance which featured on his debut album ‘Hope’.

Joanne’s work with the homeless at Crisis in 2007 resulted in a series of portraits. One of the paintings, ‘Edwin’ was exhibited as part of the Royal Society of Portrait Painters annual exhibition in the Mall Galleries. The stark contrast between Royals, dignitaries and one homeless guy, fuelled Joanne’s passion to continue this theme of value and human worth, particularly those who exist on the periphery of life.

Joanne now lives and works in Edinburgh and is part of the artist community at St Margaret’s House. 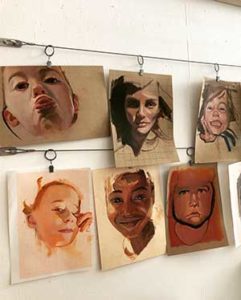 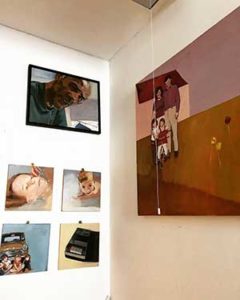