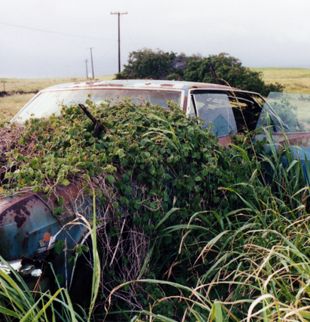 Having returned to the United Kingdom after 20 years in the United States, photographer Sheila Masson was frequently asked how she could have left a country that is often perceived as being “the land of milk and honey”.  Drawing on two decades of images from her photographic archives, she has curated an exhibition that suggests underlying feelings of tension, fear and disquiet. These sometimes unsettling photographs reveal an alternative view of the USA, removed from the usual glamorous and jingoistic images frequently seen in the media.

“As a dual citizen of the United Kingdom and the United States I often feel that I have a conflicting and shifting relationship to both countries, due to my insider/outsider position. While living in the USA I had both a detachment and a connection to the political, social and geographic landscape and this manifested itself in the ability to record different facets of the same story. Some of these images were taken during specific assignments while I was working as photojournalist in the San Francisco Bay Area. I knew that they would never be published in my newspaper due to their content but regardlessly, I felt a need to record the scene for myself. Therefore these images are a personal collection of “other moments” from a life in a country that is far more complex, frustrating and complicated in reality than its frequently glossy image.”