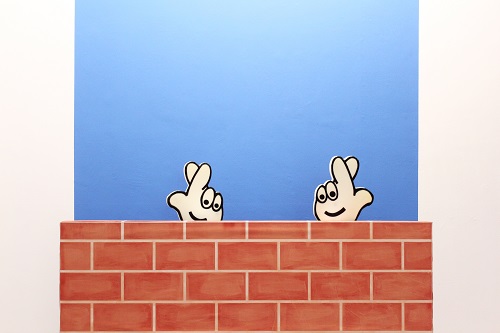 St Margaret’s house is delighted to present to the work of bursary recipients Aled Haywood and Ned Armstrong.

In 16 th Century Dartmoor a clan-like family group lived and robbed from those travelling between Exeter and Plymouth, the name Gubbins attributed to them, then meaning ‘worthless sharings of fish.’ They were said to never be subdued by Caesar, “their wealth consists of other men’s goods…living in ignorance of luxury, the extinguisher of life, they hold together like burrs, offend one, and all will revenge his quarrel”. 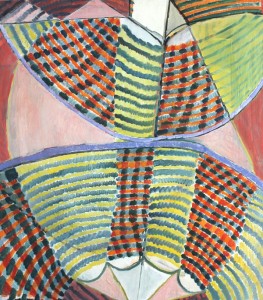 small farmhouse rests at the base of the South Downs. The garden is in full bloom. A man sits crossed legged sketching in a striped deck chair as a tall woman paints his picture onto a canvas. They have covered the walls of the house with their paintings, replacing mantelpieces with paintings of mantelpieces. They haven’t eaten for days.
In the 1980 film Caddyshack, Bill Murray battles the conniving Gopher, in an endless battle between the pristine and the disorderly. The immaculate green lawns of the 18 hole Bushwood Country club are relentlessly turned and ripped by the Gophers’ tunnels. The Gophers drive Murray to the point of insanity when he begins destroying the bed of carnations by the clubhouse entrance.

Gubbins is an informal noun describing miscellaneous objects or junk.

Each year Edinburgh Palette offers a studio in kind to graduates of local art schools. This year both Aled Haywood and Ned Armstrong have recently graduated in painting from Edinburgh College of Art.