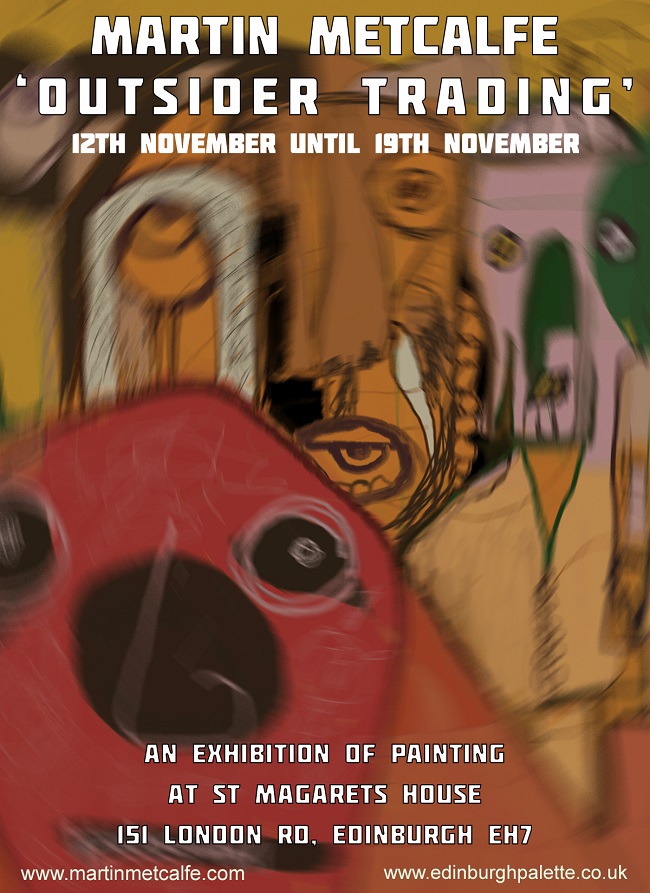 Martin Metcalfe’s 4th exhibition has embraced outsider art to express his feelings on a marginalised & disenfranchised people in Western society.

He tries to focus on the childlike and the strange in an attempt to remind the world of it’s humanity.

Martin Metcalfe is a Bathgate born visual artists, musician and songwriter living in Edinburgh. He presents his 4th solo exhibition of visual works from the 12th November 2016 at Edinburgh Palette, St Margarets House.

Martin has moved between music, collage and painting, and his current visual direction is influenced by Outsider Art and Neo Expressionism. His focus in 2016 has been on marginalisation & disenfranchisement of people in Western society.

He try to focus on the childlike and the strange in an attempt to remind the world of it’s humanity.

There are over 7 billion people on our planet. 85 of richest people in the world now have as much wealth as the 3.5 billion poorest. The rich are getting richer. The drawbridge is being pulled up. The way things are going, 99.99% of us will be outsiders. Outside the garden. Outside the wealth. Outside the fortress.