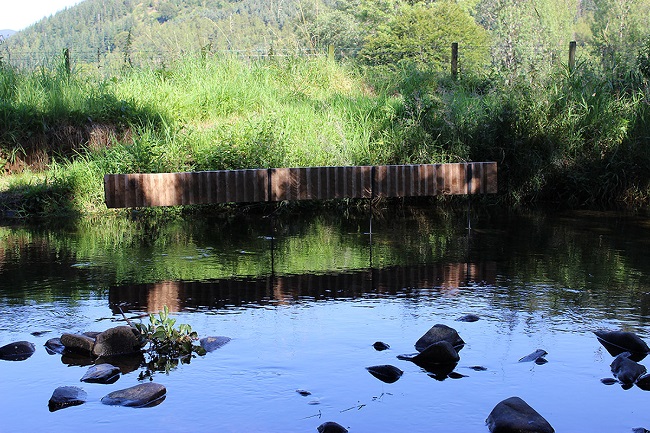 “I’d been thinking about the story Cadmus, who in his search for his sister Europa, had been told by the Delphic Oracle that he should follow a cow and where that cow lay down he should found a city: Thebes. So I thought I might follow my own imaginary cow. I forgot to ask what would signify an end to my journey however, so I found myself stuck in a continuum, an artwork with no end in sight, just a series of incidents.

I am more generally interested in our latent potential for experiencing other states of consciousness, other forms of perception that run parallel to our preferred rational state. We tend to attribute ‘value’ only to waking rational states at the expense of other forms ofconsciousness, which as a result have become marginalised. Hence my interest in myth, I suppose. In the Cadmus story as in reality, a path followed becomes transformative or magical when it opens up onto something unexpected, where the boundaries of real and imaginary become fused or inseparable with place and moment. This is a point at which art and magic exist, where, as Donna Tart describes it in the Goldfinch, mind meets reality.”