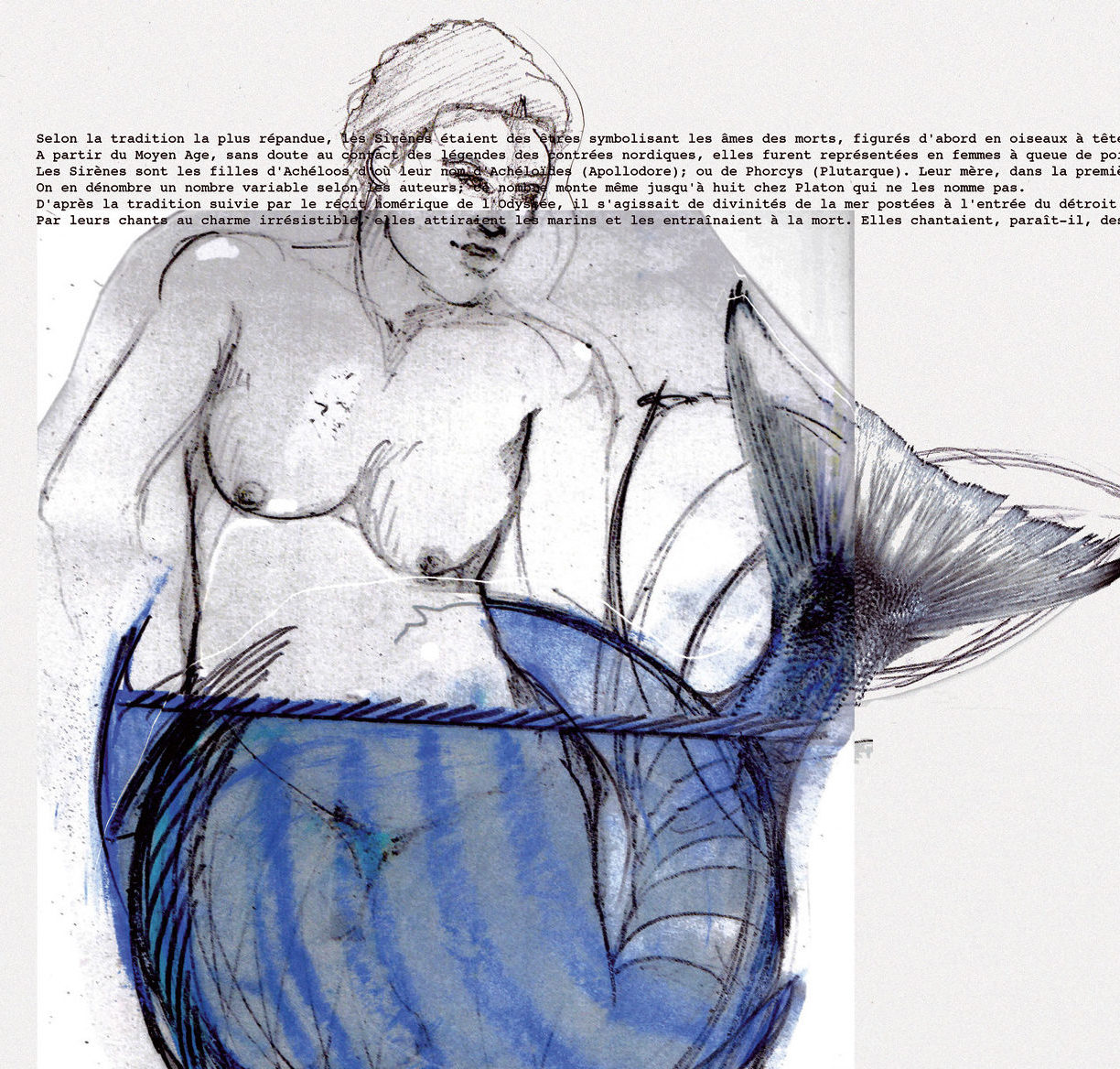 ” BESTIAIRE, TOTEMS & AUTRES CHIMÈRES ” is an artistic project, in a continuum form, intended to develop itself towards other horizons, with the help and company of others .

Incarnated for the first time last year at L’aiguillage, an art gallery in Paris, and then this summer at L’orangerie du Senat in the Luxembourg garden, the project is meant to blossom through its evolution brought by time and with the contribution of other artists, other countries and cultures, and other iconography, intended to enrich the original theme link to bestiality. Contributing to all the possible hybridisation, following the example of chimeras by which the project got inspired by. 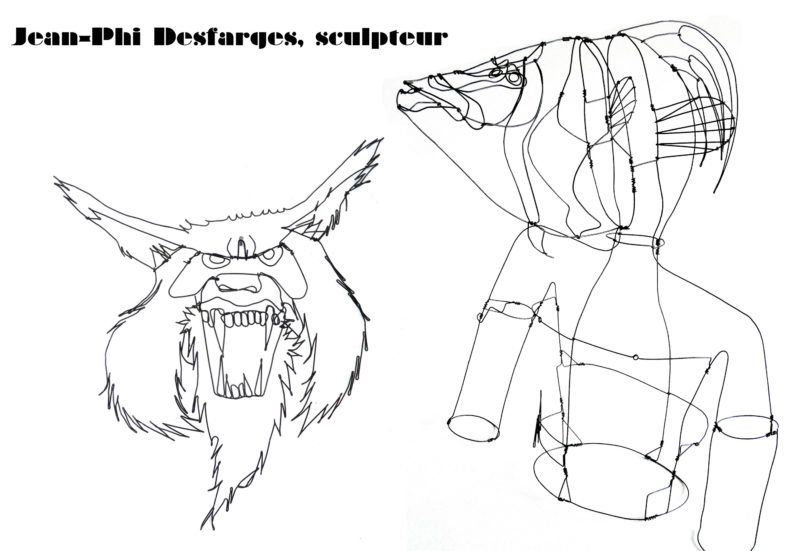 In September 2017, it migrates to Celtic regions, to Edinburgh, for a “residence d’artiste” with several artists, to become ” BESTIAIRE, TOTEMS & AUTRES CHIMÈRES” in Palette, Edinburgh’s contemporary art centre.

Still based on Isabel Bertelot’s artworks (some identical, others dematerialized under different format), however, there will be a greater emphasis on sculptures and to the creativity of the artist Jean-Philippe Desfarges, with aerial structures made out of wires, set in paintings, always inspired by the animal theme.

In parallel interstitial weft, scultures and drawings will evoke emblematic characters from Jean Cocteau’s film ‘La belle et la bete’ (the beauty and the beast) and its magical universe.

Projected on walls, or directly on the artworks , cinematographic extracts of the film will be fragmented in memorable pieces. 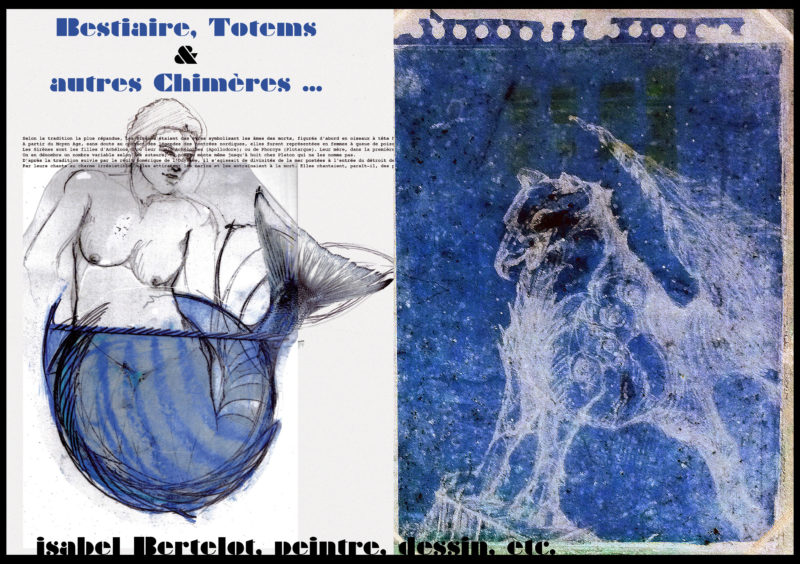 Mixing imaginary, disciplines and references from the collective unconscious, of mythology but also of  legends and tales, or myths through artistic totems, ranging from classical painting, to Beaux-arts to Street art, to poetry, to sculpture and photography, to sounds, to digital design, including Darwin and his ethological reflections on animal condition.

A hybrid installation on the theme of bestiality, symbolically and in reality, from transmutation to chimeras, questioning normality and abnormality, reality and the imaginary, sacredness, beauty and monstrosity, primal instincts, animalistic fantasies, mirroring our metamorphosis…

In addition, emblematic figures of Dragons, Griffons, Sphinx, Centaurs, Mermaids, gorgons, phoenix, basils, unicorns, of the winged lion of Venice and the minotaur, and Alice in wonderland’s rabbit (shown as the Chinese candy White Rabbit)

The esthetic and poetic atmosphere created must enrich itself sensorially with a specific work on noise, including different animal sounds from cats to wild sounds from grizzlies or orcas.

An artistic interpretation of sounds, mixing concrete music to abstract music, perfectly subjective, of what could be the roar of a griffon, the chant of a mermaid, the whispers of a Sphinx or  Sphinge (the female version, that Greta Garbo would have been the closest human incarnation of it) ….