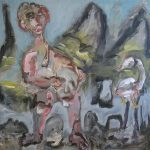 This is an online exhibition only.

Lynn Ahrens is a figurative painter who has exhibited widely in Scotland with many solo and group exhibitions, including winning the premier award for painting in Aberdeen Artists Open Exhibition, and in the SSA in Edinburgh.

END_OF_DOCUMENT_TOKEN_TO_BE_REPLACED 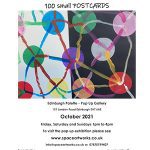 This is a unique exhibition of over 100 small postcards on display in Edinburgh Palette, POP UP Gallery.

At this challenging time we at Space Artworks were very keen to reconnect with our artists and communities. The small postcard project came about to support and involve those who have been living in isolation in order to encourage creative expression and participation, with the ultimate aim of staging a group exhibition of artworks, which is now possible and open to all.

END_OF_DOCUMENT_TOKEN_TO_BE_REPLACED 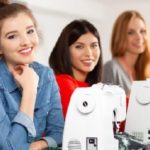 It is a good starting point to learn expert sewing techniques whether you want to progress into dressmaking, soft furnishing or craft projects. It’s also a great refresher if you’ve not sewn for a while. You’ll learn how to understand sewing machines, get experience of using different stitch types, learning about stitch lengths, widths and tensions. I’ll explain what  all the different presser feet are for and you’ll learn how to measure and cut fabric.

Artisan Stitch is run by Jen Skedd, who is a life-long sewist and degree-trained Textile Designer and Artist. They hold a Certificate of Excellence and are rated ‘Best sewing classes in Edinburgh’ and ‘Best Private Sewing Education & Training Provider’.

END_OF_DOCUMENT_TOKEN_TO_BE_REPLACED 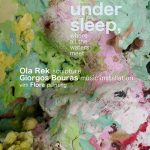 Under sleep, where all the waters meet.

(…)What is this face, less clear and clearer
The pulse in the arm, less strong and stronger —
Given or lent? more distant than stars and nearer than the eye
Whispers and small laughter between leaves and hurrying feet
Under sleep, where all the waters meet. (…) T.S.Eliot ‘Marina’

In this exhibition sculptures, ephemeral wall based pieces and sound interplay and collaborate in order to create a meditative, dream like space and perhaps invite you, the visitor, to travel inwards.

END_OF_DOCUMENT_TOKEN_TO_BE_REPLACED 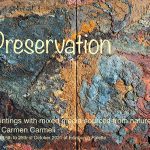 I gather earths that I mainly source from nature and I make mortars, painting the landscapes they come from with these. From termite mounds to river sands, all are painting materials.

My practice is an ongoing dialogue with those materials. Responding to their qualities and colours, I layer, erode, polish and build up the surface in a process of creation and destruction. It’s often lots of fun!

The resulting works are immediate, tactile, weighty objects inspired by the abstract patterns found in nature.

You can view the exhibition here: https://www.edinburghpalette.co.uk/events-2/exhibitions/preservation-by-carmen-carmeli/

END_OF_DOCUMENT_TOKEN_TO_BE_REPLACED 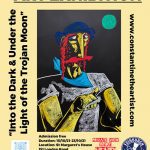 Into the Dark & Under the Light of the Trojan Moon

Constantine is a self taught artist, originally from Athens, Greece, but spent the last 12 years in Scotland. He moved to Scotland, as a young man to study Geology.. His first memory is that of drawing, which he carried on doing in his teen years, as well as exploring various others artistic and creative  disciplines and routes such as music, which he still does to this day too.

Throughout his University career he realized that Geology was really not for him and that life is simply too short to be wasting on things that have appeal to us. Then he made  the decision to just follow his true calling, ignoring other peoples’ opinions and go after what HE wants in life.

OVERVIEW: The importance of living in the moment. Reflecting on the past and contemplating about the future. Pondering upon making decisions that affect the future.. dwelling upon decisions that already have.. confidence and bravery, respectively derive. “Into the dark and under the light of the Trojan Moon”. Quick light and bold colours are to depict as such.